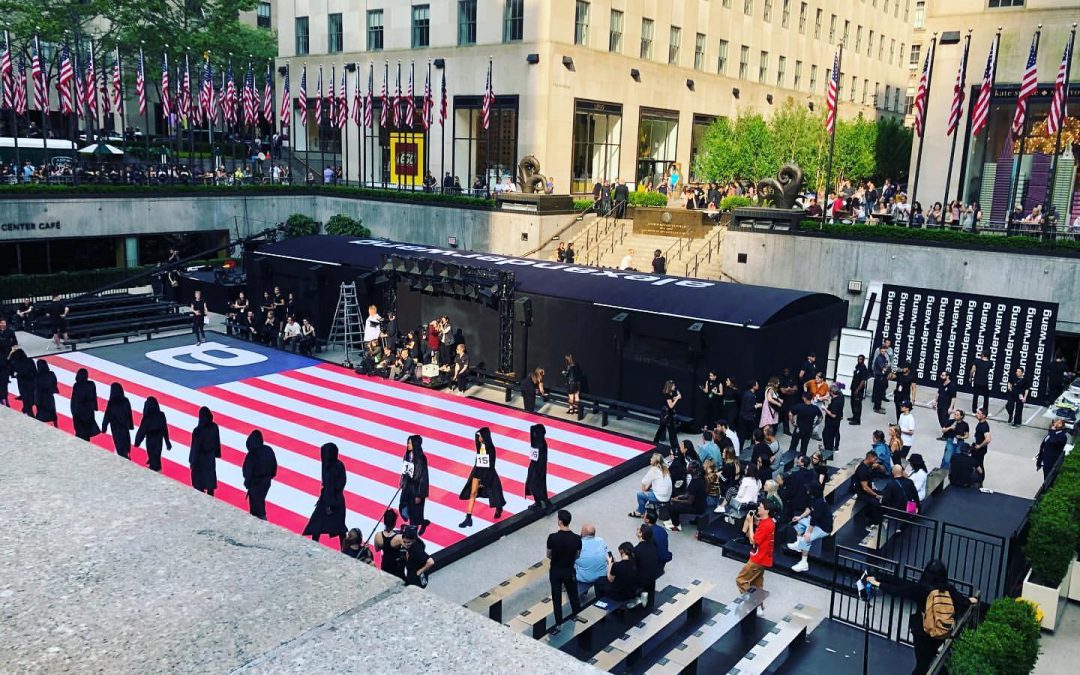 Since opting out of the regular fashion week schedule, Alexander Wang has made exploring his roots and identity a unifying theme of his most recent runway shows. While “COLLECTION 1” explores the designer’s Chinese-American heritage and immigrant status, and “COLLECTION 2” celebrates the American hustle, Wang’s latest presentation staged at New York’s iconic Rockefeller Center is all about paying ode to and reimagining American sportswear.

Contact us for New York Bodyguard or Event Security Services

While selecting an outdoor venue to be iconic and make a statement, Alexander Wang, hired David Stone and the Stone Security High Profile security team, to provide his New York Event Security Team to keep it super safe and super secure. There were many elements that went into preparing the Venue which is in an entirely open space, and draws, tens of thousands of tourists everyday, and all day long Stone Security had to lock down Rockefeller Center the same way it would have been for the annual Christmas tree lighting: Stone Security provided Alexander Wang with his elite team of New York Bodyguards.

All Aspects of security were used form Explosive Sniffing K-9 dogs, security drones, and walk through metal detectors that every guest including celebrities had to pass to enter the venue. Undercover agents, from our New York Event Security team were also used being that this is the first time, since such a high profile event also allowed public viewing from above the rink. While working, closely with the NYPD, the Joint Terrorism Task Force, as well as Homeland Security, the event went off as planned, perfectly secure and safe.

Broken down into four acts, the catwalk that took place on Friday opened with a number of business-inspired looks reminiscent of the brand’s CEO-themed Fall/Winter 2018 show. By reconstructing traditionally masculine silhouettes, Wang has introduced a new, casual-luxury working wardrobe that athleisure devotees would appreciate. From broad shoulder leather coats cinched at the waist, to a bodysuit adorned with pearl body piercings, corporate dressing has been given a new flavor in the collection.

The second portion of the “COLLECTION 1 2020” show was a masterful play on underwear-as-outerwear, with cheeky hints of influences from Calvin Klein. These came in the form of logo T-shirts (AW instead of CK) worn underneath tops altered from slip dresses, as well as belts inspired by branded underwear waistbands (as modeled by Pete Davidson, who made his runway debut at the show).